September may mean the start of fall for some states, but in Texas, it’s known for the start of college football season. Hook ’em!

The last month and a half have been crazy for me. Polishing up my final draft of State of Grace, beginning the agent query process, publishing my new website, diving into the overwhelming abyss that is social media & blogging…

Instead of inundating you with posts about writing updates, book reviews, etc, I thought I’d do a recap at the end of each month and what’s in the works for the month to come.

A little peek into the life of a writer.

You may be thinking, “how in the world does she have time to read with everything else?”

If Stephen King says it, it must be true.

Nineteen Minutes by Jodi Picoult ★★★★☆
One of Picoult’s bests and impossible to put down. However, with 7 different points of view, one is bound to fall flat, and I just couldn’t quite get on board with Josie Cormier. But being able to transform your reader’s disgust over a high school shooting into sympathy for the shooter is another prime example of Picoult’s incredible talent for story-telling.

Lady Midnight by Cassandra Clare ★★★★☆
Set in the same phenomenal universe as her previous series The Mortal Instruments, we get brand new characters and a brand new adventure. You feel an instant connection with Clare’s characters, and the stakes just get higher and higher. The only reason for the one star deduction was the constant mentions of the protagonists from her other series. Once or twice is fine, but this was a little excessive.

A Thousand Pieces of You by Claudia Gray ★★★☆☆
You all know my obsession with novels dealing with time travel. But traveling between alternate dimensions to hunt down your father’s murderer? Even better. I would say that the character development suffered due to the book’s focus on stellar pacing and world building. As a writer who primarily focuses on character-driven stories, I didn’t feel the connection I hoped I would, but I am optimistic. Overall, a pretty good start to the series (I will definitely read the second), and the book’s cover if STUNNING.

Girls in White Dresses by Jennifer Close ★☆☆☆☆
I had incredibly high hopes for this book, described as the book for twenty-somethings. But when searching for one word with which to describe it, all I could come up with was “meh.” Characters were interchangeable with no truly distinct voice. I also felt no rise or fall in the stakes of the story. When I reached the last page, I was surprised. It’s over? But nothing happened… Close is obviously a great writer stylistically, so I’ll give her a star.

Thirteen Reasons Why by Jay Asher ★★★★★
So this was actually a reread but I fell in love with this book as deeply as I did the first time around. A unique concept, two incredibly well-developed characters, an important life lesson. The writing style may be for teens, but everyone – regardless of age, gender or genre-preference – should read. 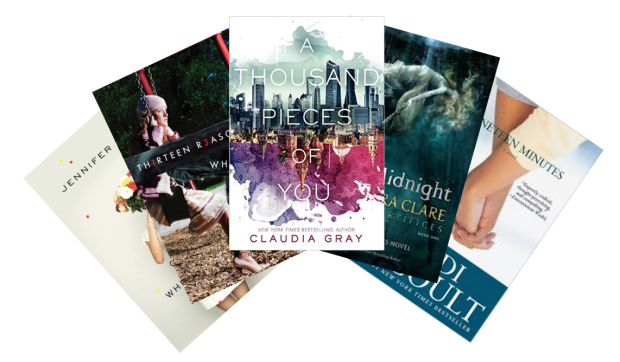 Guys… I learned a valuable lesson this month. Trying to get your book published and cultivating your brand as an author is a full time job. Or for me, a second full time job.

In September, I prioritized query letters, synopses, blogs and social media in an effort to create my own buzz.

But as a result, guess how many words I wrote as far as my novels go?

Horrified? As am I.

All of those other things are important. Beyond important if I want to be a writer. But the entire of being a writer is so that I can write. And I can’t forget to make it a priority.

Coming up in October…

That being said, I am officially starting my second novel this month. Lots of research has already been done, and my goal is to complete my protagonists hero’s journey and to have written those 12 scenes. (And I promise to post a short except in next’s month wrap up.)

By then, I should be prepared for November where I have officially committed to National Novel Writing Month! 50,000 words, here I come!

I’m also hoping to read another 5 books which should be easy considering my beach vacation. All day to read? Yes please! On my list for October: 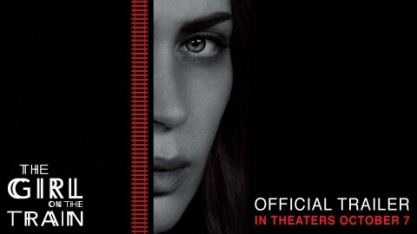 Oh, and one more thing for October. The Girl on the Train will be coming to a theater near you on October 7th. See it. No excuses. Then report back.

So now that we’re all caught up, tell me…

Leave your comments below, and happy October!