I’ve been looking forward to this post for so long, and here it is! A formal introduction to my latest WIP. I started drafting this project last summer, and I’ve fallen more and more in love with it each day. It was outside of my comfort zone – a new genre, a new age range, a new approach – but with that, I think I’ve really found my writing brand.

And I am excited to share The Blood Between Us with y’all today!

I will also be submitting it to Pitch Wars! You can learn more about my decision to enter here.

Jessa Dubray may spend her days as a French Quarter fortune teller, but that doesn’t mean she believes in magic.

At least not until she stumbles upon the funeral of the Voodoo Queen of New Orleans, and is overwhelmed by outbursts of unpredictable magic. The same magic that killed her mother and reveals Jessa is the missing descendant of the infamous witch Marie Laveau.

At least not until she stumbles upon the funeral of the Voodoo Queen of New Orleans, and is overwhelmed by outbursts of unpredictable magic. The same magic that killed her mother and reveals Jessa is the missing descendant of the infamous witch Marie Laveau.

Problem is? Jessa wants nothing to do with the coven that now claims her or the magic that destroyed her family. But if she doesn’t accept her legacy as Queen, the witches will lose their connection to the ancestors who protect the city from supernatural interference.

But after she accidentally causes a deadly fire that kills her elderly neighbor, she must decide if she’s brave enough to embrace the magic that has already cost her family and threatens to spin out of control or if she’s willing to be the downfall of the city she’s come to love. 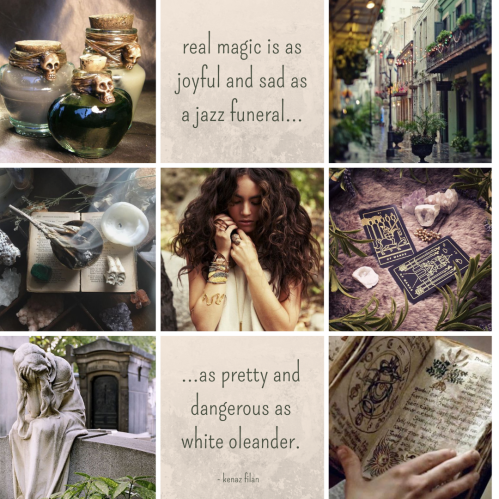 Guys I don’t think I’ve ever loved a main character as much as I love Jessa. I set out to make her different than any other I’ve written. To make her 100% different than me. She’s bold but reckless, observant but insensitive. Smart as shit but often makes choice out of pride instead of instinct. She’s flawed, she’s funny. You guys are gonna love her.

Fun fact: I actually based her on Damon Salvatore from The Vampire Diaries, and I picture the actress Zendaya in my head to play Jessa!

I love the rest of the large cast of characters equally (or that’s what I tell them). I don’t want to give too much away, but I can tell you there’s a swoon-worthy artist, an esteemed Voodoo priestess, a brooding bad-boy, a bubbly French elemental witch, a riddling trickster god, a cat and a snake… The list goes on and on. 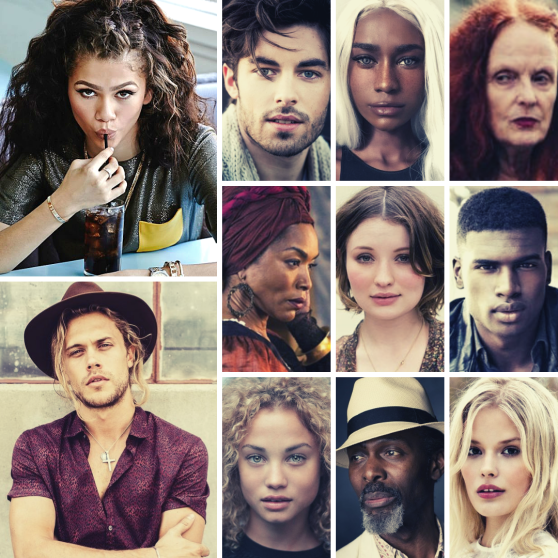 I love New Orleans. It’s full of culture, music, and darkly mysterious magic. So it was a natural choice for the setting of my newest book and the story honestly fell into place from there.

Conveying the atmosphere and history of New Orleans is one of my main goals with this novel, and it’s been so much fun. I was even able to take a trip back to New Orleans for the sole purpose of research. You can read about my adventures here, and it was fabulous.

Another source of inspiration was the religion of voodoo. Notice I said “religion” not “magic.” Voodoo has been so inaccurately portrayed in Hollywood that I really wanted to provide an alternative lens through which it could be seen. Mirroring that, part of my main character’s journey is learning how voodoo has been corrupted and misrepresented over the years, understanding its truth and restoring its legacy.

The Story Behind the Story

As I said above, I started writing this book in summer of 2018 after close to six months of on-again/off-again brainstorming and planning. I did Camp NaNo that July, cranking out 40K words, and that momentum enabled me to send an official first draft out to my critique partners in September. Thanks to their valuable feedback, I completed a round of revisions and sent to my amazing team of beta readers in April.

This summer, I’ve been working on and a third and final (for now) revision with the goal of submitting to Pitch Wars at the end of the month. So far I’ve cut 27,000 words (!!!) and fixed the majority of the big picture and micro edits to create something I am really proud of.

I hope you’ve enjoyed learning a little more about my current project. Stay tuned for more updates and cross your fingers!

One thought on “Introducing The Blood Between Us”