Looking back at 2018, it seems like a roller coaster. For every wonderful thing that happened, an equal and opposite reaction occurred. Newton’s Third Law, ladies and gentlemen.

Each milestone and area of growth was like a double-edged sword.

I finally signed with a great literary agent (!!!) and we did some major revisions on 700 Main, but despite the large step forward, I don’t have a book deal yet.

I traveled to France and Seattle and Boise and Jamaica and Charleston where I had some incredible experiences I wouldn’t have had anywhere else. I also moved into my very first house, but all of it left me pretty dang broke.

I became so much more integrated in the writing community and made some amazing friends and critique partners. But I spent way too much time on social media and a lot of energy on beta reading which sometimes took away from my own work.

I wrote my third novel in four months and reached 60K views on my blog, but I was plagued by health issues and heartbreak that distracted from those successes.

But that’s life, isn’t it? Why would I ever focus on the negatives when I have so many things to be grateful for, proud of and excited about?

That’s why I do these monthly and yearly recaps: to remind myself of the amazing things I accomplished and the tough ones I overcame.

And while this year had its challenges, it was pretty damn great overall.

And that doesn’t even count the books I reread (looking at you Throne of Glass and Royally Yours series) and the five books I beta read for fellow writing friends. So I was definitely able to reach my goal of four books per month and more. You can see the full list of 2018 reads as well as reviews here, but check out December’s reviews below:

Breath of Fire by Amanda Bouchet ★★★★★
In case you can’t remember, I adored the first installment of this series. But the sequel is even better! Cat and Griffin are preparing for the Power Bid and their own quest of conquering Sinta to create a better world. Everything I loved about the first is back along with heart-pounding battles and unique challenges.

Cat also annoyed me way less which is a plus, and the other characters became even more nuanced and captivating. The Greek mythology is wound together in such an intriguing way, and the plot felt much more balanced and paced than in the first. The adventures, trials and sizzling romance drew me in and kept me reading!

Heart on Fire by Amanda Bouchet ★★☆☆☆
I read this series in rapid succession, and since the first two just got better and better, I assumed the finale to be extraordinary. But… It wasn’t.

First of all, Cat is back to her extremely annoying attitude. It’s constant self-doubt and second-guessing, and I felt it really took way from the plot. Furthermore, Griffin seemed to have lost all the characterization that made him so swoon-worthy.

And the ending… What a crap ending! There were so many open ends, and don’t even get me started on the villain’s random and totally unrealistic change of heart. I still love the world Bouchet has created and would still recommend the first two books, but dang… I really wish this series had ended on a better note.

You Are a Badass by Jen Sincero ★★★★☆
I received this book as a Christmas gift, and it was the perfect thing to read before New Year’s while setting goals for the upcoming year. Not only is Sincero funny and light-hearted, she gives some real great advice and has obviously done her research and practiced what she’s preaching.

One of my biggest pet peeves in personal development books is when the author talks about the necessary attitudes and the end results without ever actually telling you how to accomplish it. Not the case here. I wouldn’t say any of Sincero’s advice is ground-breaking or really that new, but she does gives concrete tips and tricks of how to actually go about pursuing each idea.

It’s not easy advice to hear and it will be even harder to actually put into practice, but I think it’s a great place to start slowly adjusting your attitude, your relationship with yourself and your goals in life. In fact, I have a list of homework to do now to make my life even more badass, and I can’t wait to get started.

Royally Yours by Emma Chase ★★★★☆
The fourth installment of this series (which can be read as a stand-alone) takes us back in time to the story of Queen Lenora. And she is a total badass. I loved hearing the backstory of her life and what makes her the queen she is in the other books. She’s a true leader and feminist and such a unique heroine. I loved seeing the prissy self-contained woman loosen up a little.

There was more politics in this one, but I honestly didn’t mind. It gave great insight into the world and the characters. But the hero fell a little bit flat for me. Don’t get me wrong, he was wonderful. Just underdeveloped. But the future tragedy in Queen Lenora’s life lent this novel a poignant air, and it’s a great addition to the “Royally” series.

Not Even Bones by Rebecca Schaeffer ★★★★☆
A novel about a girl who sells supernatural body parts on the black market? Yes please.

Fair warning: this novel gets dark. And the main characters are the epitome of morally grey, but they are SO well-developed and totally badass. I fell in love with them along with the hella unique world Schaeffer has created. It lacked a little bit of the emotional spark I feel from others, but I was so drawn to the story she’s created that it didn’t matter. Also there’s “enemies to lovers” BUT the female protagonist doesn’t let the prospect of romance distract her from her end goal. The perfect combination.

So this blog is picking up some traction! I ended the year with 59,498 views over the course of 2018 – that’s a lot of people!!! I also contributed guest posts to two other blogs while featuring of my own guests here. That was a blast, and I look forward to doing that more in the future.

Some highlights I am particularly fond of:

I didn’t make my goal of one blog per week – ending the year with 39 posts total – but honestly, I am okay with that. I think I cranked out some valuable content while prioritizing my fiction.

Speaking of fiction writing, it was a pretty bonkers year for me as far as writing goes for me with some unexpected progress.

Let’s start with 700 Main. In January, I continued querying agents, receiving more full requests and more rejections, until I got THE email on March 1 – the day before I left for Paris. An agent wanted to offer representation!!! I immediately started bawling and went to wake up my parents, and I stayed pretty shell-shocked the two weeks I was in France. And then when I got back, I received a second offer and signed with Rachel Ekstrom of Folio Literary. We completed a pretty simple revision, and Rachel began submitting.

While I didn’t get any deals on round one, I couldn’t be happier with the rejections I received. They were all so complimentary and helpful that Rachel and I felt confident in pursuing another round of submissions – but first a massive revision. I added an entirely new subplot and still came in 11K words lower than the previous draft – plus a fancy new title: The Lost Girls of 700 Main. We ended 2018 with a second round of submissions to publishers, and I just know a book deal is on its way!

Then there’s The Blood Between Us, and guys, I could not be more obsessed with this book. I am totally in love with its characters, its setting, its plot, even all the messy things I know need fixing.

I fiddled around with it for the first half of the year, outlining and researching, writing here and there. But summer hit, and I got really busy with drafting. Now, I have never been a big believer in NaNo, but I decided to do it in July when my CPs harangued me into participating. And I could not have been more surprised when I hit 50K in one month. I let the momentum carry me through September when I finished the first draft at a total word count of 131K words!

I think this has been my most productive writing year by far, which means it’s just going to keep getting better and better.

I’m feeling really inspired for 2019 – thanks mostly to You Are A Badass – and I have some big plans.

I also have less tangible goals that I am going to manifest into my life.

It’s going to be a big year for me, and I am going to continue to get closer and closer to my dream life. It likely won’t happen as I’ve planned or as I imagine, but I am determined to give myself permission and the means to be who I am and who God needs me to be. 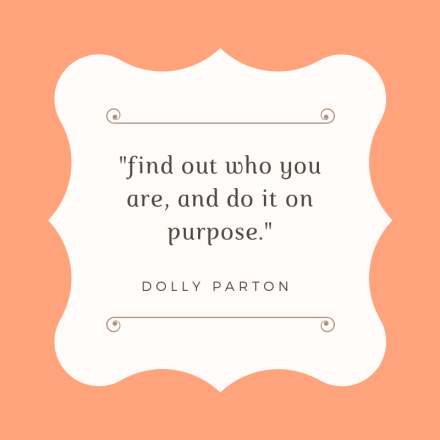