Things typically tend to slow down in the summer, but that hasn’t been true for me so far. Maybe because I am getting ready for vacation, maybe because I am drafting a new novel? I don’t know but I need it to SLOW DOWN. But it was a productive one, so I am happy with the results. Let’s dive in.

Legendary by Stephanie Garber ★★★★★
I read Stephanie’s debut and the first novel in this series when it came out last year and fell in love. So when it was time for Legendary to be released, I couldn’t wait. Second books in series often fall flat, but I was so pleasantly surprised.

The sequel is from Scarlett’s sister Tella’s POV. And I love her. We see the sisters struggling to recover from their adventures in the first book and travelling to a new land to put on a very special performance for the Empress.

First of all, Garber has grown so much as a writer. The first novel felt very much like a debut and VERY YA to me with a little bit of clunky writing and slightly underdeveloped characters. Legendary rises above, and I was extremely impressed. The writing style is more mature, the characters have more meat on them, and the pacing has slown just enough to let me relish in the scenes while still hooking me.

Disclaimer: I love more character-driven novels, and Legendary definitely differs from Caraval in this way. I enjoyed it, but others may prefer the first novel.

I also thought the plot itself was more complex and sophisticated. The introduction of the Fates was wonderful, and the unexpected twists throughout had my jaw dropping.

I do agree with some of the other reviews that the magic of Caraval is diminished just a bit. In the first novel, we’re never really sure what’s a game or not, and it’s more obvious in the second. I missed it a bit, but the other additions made up for it.

I even got to meet Stephanie when she came to Austin for a talk and signing. I can’t wait for Finale to conclude the series.

Truthwitch by Susan Dennard ★★★☆☆
I discovered this series through my obsession with Sarah J. Maas, learning that Susan Dennard is a close friend and critique partners. So I went into this fantasy with somewhat high expectations.

Two witches have a tendency of getting themselves into trouble – both of them have secrets to hide. But when a conspiracy launches involving the treaty between warring nations, the girls find themselves directly at the middle, facing more danger than they ever thought possible.

First of all, this is a great concept! If you read the back cover or the description on Goodreads, you will be instantly hooked. But I did struggle a bit with the exception – particularly when it came to world building. I am all for complicated and detailed fantasy worlds… But there was no real explanation of any of the magical systems, and I almost wondered if I had accidentally missed the first book where everything was set up. It left me very confused for the first half until I finally started to catch on. Apparently this is a common issue in other reviews, and earlier this week, Dennard actually published a blog post addressing this. And while I do still think the world building was a problem, it did make me love the author even more.

Now on the other hand – I loved the characters! They were all so well-developed and different from each other. And the bonds between them were strong and evoked emotion. I loved that while there is a fantastic romance involved, the novel really focuses on the female friendship.

The plot itself was fast-paced, and Dennard nailed the action scenes. Once I got a hang of things, I was on the edge of my seat. So for a rating perspective, I split the difference between the first half (two stars) and the second half (four stars). I am excited to continue reading the series. 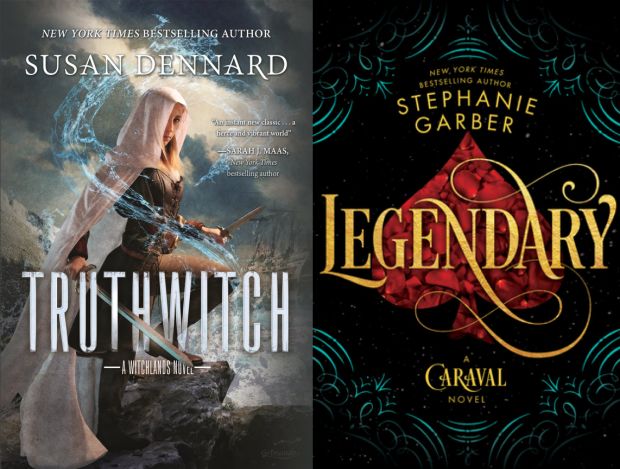 This month I completed my goal of writing another 10K words and finishing the first draft of Act 1 – leaving me with a total of 33K words so far. You can read more about the project, meet the characters, and read the first chapter here.

I’d also like to announce my tentative working title: The Blood Between Us.

I did make some progress on outlining Act 2 – a huge shout out to my CP Devon for help! –  but this book has been such a weird experience! I have really only been able to outline a few chapters at a time whereas I’ve outlined the entirety of my previous novels before writing. These characters are really doing their own thing, and ideas are sprouting like daisies as I write. So I am just rolling with it.

Next month, I will be participating in Camp NaNoWriMo to see how much of Act 2 I can knock out. I have nine chapters mostly outlined which I think will be plenty for one month. But after a couple weeks break, I am excited to get writing again.

Speaking of breaks, I am leaving for Jamaica tomorrow and can not wait!!! So you’ll be seeing a hiatus from me on the blog and social media until I get back on July 6.

Due to said vacation, the next month is going to be FULL of reading. Take a look at my list and read along!

Me at the beach

What are your summer reading and vacation plans? Any tips on how to cram that many books into a single suitcase? Let me know in the comments below!