I spent most of the month taking a break after finishing the new draft of 700 Main. And it was brutal! I felt off, my brain felt sluggish, and goodness, I was bored. I had all this free time in the evenings when I would usually be writing, and I didn’t know what to do with myself.

I guess that’s a good sign that I am doing what I’m meant to do?

I did enjoy a good bit of reading, got some great feedback from beta readers, and began the glorious task of copy editing. Keep reading for more!

It Happens All the Time by Amy Hatvany ★★★★☆
So I want to start off by saying that I read this book in one sitting, three hours to be exact. Now this isn’t altogether unheard of for me, but it is uncommon. I’ve never read any of Hatvany’s novels before, but I will definitely be keeping her on my list moving forward. Thanks to Tomes and Tequila for the recommendation!

Amber and Tyler – both with their own difficult pasts – are best friends, but one night an alcohol-induced kiss changes everything. Addressing eating disorders, debilitating anxiety, and rape, Hatvany tells their story by alternating chapters between the victim and the perpetrator, something I have never seen before. We see the background of their friendship, the events leading up to the rape, and the fallout afterward – for both characters.

I literally couldn’t put it down. Rape – especially now – is a controversial topic that few really understand until it happens to them. And unfortunately, it happens all too often. Hatvany’s – while it lacked the some of the raw, painful emotion I was hoping to see from each character – did a fantastic job by creating a compelling narrative to shine light on a difficult topic.

Garlic and Sapphires: The Secret Life of a Critic in Disguise by Ruth Reichl ★★★☆☆
I want to start off this review by mentioning a goal I’ve recently undertook: to read more nonfiction. I’ve never been interested in the past, but I realized I was missing out on too many stories. So my journey began, and this book cemented my conclusion that while certain nonfiction books are vastly enjoyable, educational and well-written, they all seem to just be a little too long. Like they can’t sustain the same length as fiction.

That being said, Reichl’s writing was perfection and the character arc was just as present as in any novel, the reader getting to see how Reichl came to understand herself better even while disguised. The story of the new New York Times food critic and the insane expectations and pressure was a enthralling read from the first page. But the enchantment came and went in waves, and I found it particularly slow when she recounts a dazzling or disappointing experience at a restaurant and immediately follows it with the very repetitive review.

But watching her become new personas to disguise herself, her effort to write for the average person and not be swept up in the lifestyle, and her otherworldly obsession with good good, was a journey I enjoyed.

She also includes lovely recipes as she goes which I’ll admit I skimmed while reading, but I am excited to go back and try.

Horse Dancer by Jojo Moyes ★★☆☆☆
Ms. Moyes is one of my favorite authors, but this book was a bit of a disappointment. The premise was full of potential – a young girl who is pursing her dream of master horsemanship is cast adrift when her sole guardian has a stroke and she’s placed under the care of foster parents with their own boatload of issues. But the execution was simply “meh.” It started off extremely slow, and the point of view switches were muddled and unclear. Things did start to pick up, but I still found myself unable to really connect with the characters.

Sarah, the young girl, makes several bad – and I mean bad – decisions, and based off the responsible way she was raised, I found it hard to believe. And Natasha – her reluctant foster mother – was so full of self-pity that I skimmed through her chapters. Moyes’ writing style is solid as always, and there were moments of brilliance, specifically with Sarah’s bond with her horse and her ailing grandfather. But overall?

Story Fix by Larry Brooks ★☆☆☆☆
So this is going to be an unpopular opinion because lots of writers swear by this book. But my verdict? There are better writing references out there.

Brooks spends 80% of the book discussing a few sorta-defined buzzwords (premise, concept, story sensibility, etc) and not a lot of time on the “how?” of fixing your story. We get a lot of “as you are about to learn,” but I never found the “practical techniques” toted on the back of the book. Add too much repetition, a slightly condescending voice, and SO many analogies. There are five chapters in Part Two that are helpful in identifying your story’s weaknesses, so I’d borrow a copy from a friend if you’re interested. But the other eleven chapters fell flat. Overall, I felt like this could’ve been a fifty-page manual.

Throne of Glass by Sarah J. Maas ★★★☆☆
After reading and reviewing Maas’ other series – A Court of Thorns and Roses – I was desperate to get my hands on her other books. A teenage and female assassin who is promised her freedom from a brutal work camp if she wins a contest to become the King’s Champion?

Per usual, the plot and pacing is fantastic – perfect even. Every aspiring writer can learn from the stellar way in which Maas keeps things moving forward. However, I didn’t quite fall in love with any of the characters in this novel. The two love interests fell flat, and while I did enjoy Celaena – and the fact that an infamous assassin still loves pretty dresses and puppies – I wanted more of the badass mercenary everyone seems so afraid of.

First books seems to Maas’s one weakness. In fact, I felt similarly iffy about ACOTAR before it took off into one of the best series I’ve read. So I am forging ahead to see if book #2 is any better.

Court of Midnight by Sarah J. Maas ★★★★☆
Well, book #2 was indeed better. Much better! All of the characters became dynamic, and boy, was Celaena the badass I wanted to see all through the first book. Add in a little magic, a secret identity, a few gruesome murders, a really sexy scene, and a royal plot that will end the world? The stakes felt infinitely higher in this installment, and the ending. Oh, the ending!

The book isn’t without its flaws. In fact, Maas’ protagonist is one of the more flawed and slightly annoying/unstable heroes I’ve ever encountered. But the flaws work to the books advantages at times, and even if it still pales in comparison to her other series, I will continue reading. On to book #3!

So as I mentioned earlier, I took most of July off. But that doesn’t mean it wasn’t still productive.

Three great beta readers took a look at my new draft, and the feedback was pretty great. A big thank you to Christina, Claudya and Kate! 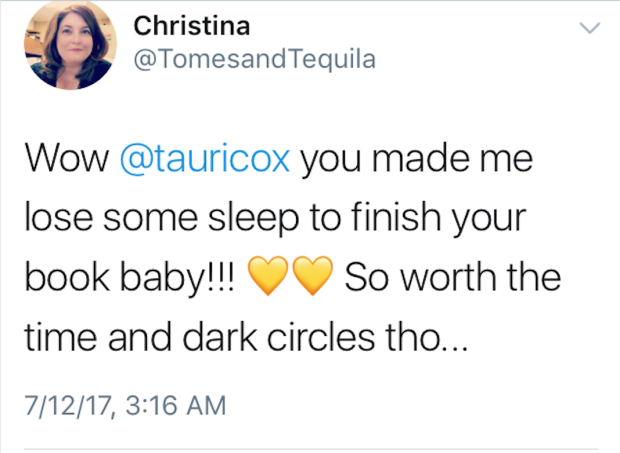 So now that I felt pretty confident about the overall state of the draft – meaning no gigantic revisions were needed – I drove into copyediting. Yes, that means grammar and typos. No, not the most fun.

But it also means…

I am officially ready to start querying!

After one more final read through for typos, my plan is to begin submitting next week to the list of agents I’ve carefully cultivated. Then the waiting sets in, so I will have plenty of time on my hands to blog about the experience (including a few tips and tricks for getting the most out of your submission) and read another great list of books.

What have you been up to so far this summer? Are you finishing up a work in progress or starting off with a fresh idea?

Let me know in the comments below!